In the year of 1493, Christopher Columbus discovered what is presently known as the island of Saint Barthélemy. Originally called Ouanalao, which signified Pelican in the language of the native Carib Indians that inhabited the island, Columbus later named his discovery after his brother, Bartolomeo.

As the French, English and Spanish constantly battled one another for ownership of the Antilles, Saint Barthélemy quietly became a haven for pirates looking to sell their services to squabbling Europeans.

In 1659, French immigrants from Normandy and Brittany living on the neighboring island of Saint Kitts or Saint Christopher, decided to settle in St Barth. Their presence on the island led to its eventual development as a French territory. Today, much of the local population still carries the family names of those original islanders.

While many Caribbean islands prospered thanks to sugar plantations during this era, Saint Barthélemy went unexploited as the mountainous terrain and dry climate prevented the land from being cultivated.

It was largely due to the buccaneers and their treasure, that commerce was eventually developed on the island.

In 1784, Saint Barthélemy was sold by Louis XVI to the Swedish crown in exchange for trading rights in the port of Gothenburg. It was at this time that the harbor was named Gustavia, after Sweden’s King Gustav III, who declared that it would be a free port.

Sweden sold the island back to France in 1878 with an agreement stipulating that the island would remain a tax and duty free port. Traces of the Swedish era can still be found throughout Gustavia. Several historic street signs remain, as well as certain authentic stone buildings, including the clock tower, the municipal library and the prestigious Swedish House, where Sibarth Real Estate had its offices for many years, before moving to the new waterfront offices in Gustavia.

In 1945, Remy de Haenen was the first pilot to successfully land a plane in St Barth. He first flew over a rocky field to frighten away the goats, making way for a landing strip, and then met with a gathering of flabbergasted natives as he stepped out, slightly disheveled, from his tiny plane.

De Haenen settled in St Barth and was quite instrumental in the development of the island. He built and developed its very first hotel, the Eden Rock, which, even then, catered to the particularly wealthy, looking for a special hideaway.

Over the years, the community, led by successive mayors, has done its best to moderate the island’s development, all the while maintaining a dynamic and cosmopolitan atmosphere. Residents and visitors alike enjoy all the comforts of modern society with a touch of charming, yet sophisticated Caribbean style.

- Location : The island is located at 17°8 North and 62°50 West, part of the Leeward Islands in the North East of the Caribbean Sea, 15 miles south of St Martin.

- Map of St Barth: follow this link to see the areas we use in our St Barth map

- Surface area : 25 square kilometers or 8 square miles.
- Capital : Gustavia.
- Population : Approximately 10,000 residents.
- Language : The official language is French, but English is widely spoken.
- Currency : The Euro is the official currency, but the US dollar is accepted everywhere.
- Electricity : 220 volts, 60 Hz. U.S.-made appliances will require French adapter plugs and transformers.
- Time zone : GMT-4 hours, Atlantic Standard Time.
Between St Barthelemy and New York : 1 hour ahead in winter, and the same time in summer.
Between St Barthelemy and Paris : 5 hours ahead in winter, and 6 hours in summer.
- Weather : Perfect dry, tropical climate with no specific rainy season. Temperatures vary between 22-30°C, or 72-86°F.
- Getting to St Barts : As the airport in St Jean is not international, cannot receive aircraft larger than a 20-seater, and is not equipped for night flights, the gateways to St Barts are through St Maarten, Guadeloupe or Puerto Rico. Be prepared for an exciting landing ! Many
well-known car rental firms have offices at the airport.

- Beaches : For such a small island, we are lucky to have 22 beaches, each more beautiful than the next. There are no private beaches on St Barts.
- Sporting activities : Water sports, fishing, fitness centers, tennis, yoga and a sport stadium at St Jean.
- Shopping : Wide selection of fashion boutiques from T-shirts to designer clothing, jewellery, interior decoration, art galleries, perfume and cigars (tax-free).
- Local events : The prestigious Music Festival in January (jazz, chamber, classical music, modern and classical dance), Carnival with floats in February/March, the Caribbean Film Festival in April, regional island summer fêtes in August and celebrations on 14th July for France's National Day. There are also the famous boating events, such as the Bucket Regatta in March and Les Voiles de Saint Barth
- Accommodation : An excellent variety of accommodation is available in hotels and private villas, with categories from modest to luxurious.
- Restaurants and bakeries : Here St Barts is unbeatable: we have over 80 restaurants on our small island, from snack bars to gourmet restaurants, and wonderful French bakeries making baguettes, croissants and pastries daily.
- Wine cellars : There are several wine cellars with a wide selection of wines, liqueurs and champagne.
- Supermarkets and catering : Located in different areas of the island, supermarkets and grocery stores offer a variety of general groceries from the Caribbean, France and the United States. Delicatessens have a selection of prepared foods, and catering companies can prepare and serve breakfast, lunch and dinner in your rental villa.
- What to wear : As St Barts is very informal, there is no dress code and one can dress up or down as desired. Eveningwear is smart but casual, and no ties or jackets are required.
- Medical facilities : The island has a small hospital in Gustavia that can deal with minor emergencies. In addition, there are quite a few doctors, dentists, specialists and pharmacies on the island, a medical laboratory and a new radiology department. 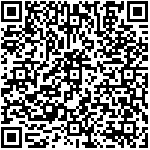 Properties for Sale in St Barts

To search by location, enlarge the map to define the different zones, then select the desired zone using the search engine.

The 2022 Sales Brochure is here

END_OF_DOCUMENT_TOKEN_TO_BE_REPLACED

You confirm that you agree to send us this form and share with us the personal information of the completed fields in order to process your request and communicate with you by email or telephone.

Bookmarks are available only to registered users. Login to use this feature.